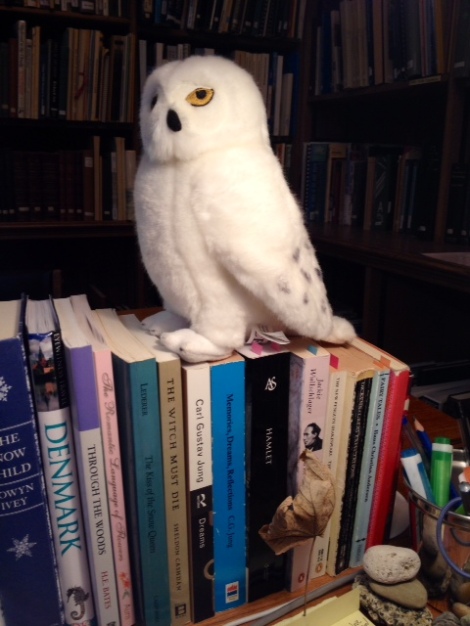 Monday sees me make my solo trip (along with Darcy, the SPRI mascot) to northern Finland for a week to research Sami culture, shamanism reindeer herding and traditional Finnish food… and then to think about how to incorporate what I’ve learned in my new collection with reference to section six of The Snow Queen.  In this section, Gerda visits a Lapland Woman and a Finland Woman in her quest to find her lost playmate, Kai.

Apart from the Robbergirl, these women are my favourite characters in the fairy tale.  They both intrigue and unsettle me simply because of their dualities.  Both of them are hardy, resilient and fierce yet both are kind to Gerda, feed her and let her rest before continuing on her journey.  Gerda is grateful to them both, but also terrified, repulsed even.  Here is Gerda (and the reindeer’s) first encounter with the Lapland Woman:

‘They stopped at a little hut.  A wretched hut it was; the roof very nearly touched the ground, and the door was so low that whoever wished to go either in or out was obliged to crawl on hands and knees.  No one was at home except an old Lapland woman who was busy boiling fish over an oil lamp.’  (Andersen, 2002:77)

And this is how Andersen describes her meeting the Finland Woman:

‘Hot, very hot was it inside, so much so that the Wise-woman wore scarcely any clothing; she was low in stature and very dirty.’  (Andersen, 2002:78).

The Snow Queen shows Andersen writing at his best, the whole fairy tale is a masterclass in sustaining the metaphor of opposites: male and female; hot and cold; intuition and logic; nature and science; movement and stasis; desire and apathy; control and freedom etc… But I’m curious about the connection between attraction and repulsion that Andersen is making with the Lapland Woman and the Finland Woman, and making twice by using the same character trope in quick succession as though to underline or reassert something he felt was important.  I’ve always wondered why he created two characters who appear to serve the same function: they are both old women who live alone in harsh and almost barren landscapes; both of their homes are isolated and unusually difficult to access; neither women seems to want or need regular human contact.

Often in fairy tales, a character’s physical appearance is a signpost as to whether they are a goodie or a baddie: a warty nose, a crooked back or feet too large to squeeze into a glass slipper, for example.  As readers, or listeners, we gather the snippets of information the author drops in our path in order to be able to piece together something that resembles a whole character.  Older female characters in fairy tales are typically either presented as all malignant, and therefore a witch or all benign, and therefore a fairy godmother.  Why has Anderson made both the Lapland Woman and the Finland Woman a little bit of both?  Is he making an argument for reality over fantasy, for balance, for being ultimately only human?

I’ve been struggling a little bit since the summer to get back into a good, productive routine of poem-making.  This collection has an entirely different feel to it, unlike Milk Fever which came in such a hurry it was like experiencing a traumatic, speedy labour.

Call Her Alaska wants to take its time; wants to really feel things before committing them to words.  The poems are coming slowly and  infrequently, yet when they do arrive I seem to be editing them less, as though the longer gestation period has done some of this work for me somewhere dark and unseen.  Although I’m not entirely comfortable with this state of affairs, I recognise it as right for this book.  As much as I’d like to be scribbling furiously for hours each day and brandishing a fresh, white-hot manuscript, there’s something less frenetic at work now, something deeper and deeply rewarding.

Earlier in the year, when I was trying to write ‘Silverskin’, a poem about Gerda and The Lapland Woman, it took me several weeks to get just a first line that felt right.  Instinctively, I knew over and over again which beginnings were false starts, but the right beginning, although vaguely sensed in my mind as a feeling, would not present itself to me in words.  I found this infuriating, I railed and sulked and shook my fists at my laptop.  All I had for a long time was the phrase ‘love like paper cuts’.  I didn’t know what it meant or how I was going to use it, but I knew it was integral to the poem.  Day after day the poem refused to come into being and I became more and more miserable.  My colleagues would ask me: ‘is that new poem behaving itself yet?’ and I would sigh and shake my head.  But then an epiphany, a moment when I was able to listen to what the poem wanted to be rather than what I was trying to force it to be.  I laughed out loud when I realised that this particular poem (ostensibly about herrings) wanted to look like a fish… yes, that’s right, it wanted to take the form of a filleted fish.    With this surprising new knowledge, I was able to break through a pain threshold that ultimately afforded me something more creative and spacious, a little bit innovative even.  Soon after, the poem was born and featured in The Snow Queen Retold exhibition here at the Polar Museum.  With enormous thanks to graphic designer, Stuart Holmes, here is how it turned  out:

Finally, I was both shocked and excited to learn from my publisher that the hardback version of Milk Fever had sold out over the summer.  After being briefly unavailable, but probably not a collector’s item, you can now purchase it in paperback. 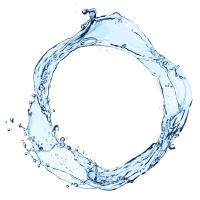 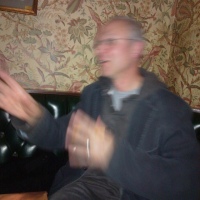 Updates and News from Northern Anthropologies of Circumpolar Regions.

Tales from the Reading Room

A Literary Salon Where All Are Welcome

the last year of my 30s in daily pictures

Reviews of the ephemeral

Poetry on the Brain

distorted mouthings, as if through thick perspex scored over and over with fine lines, perhaps from the diamond-tipped hairs of space centipedes.